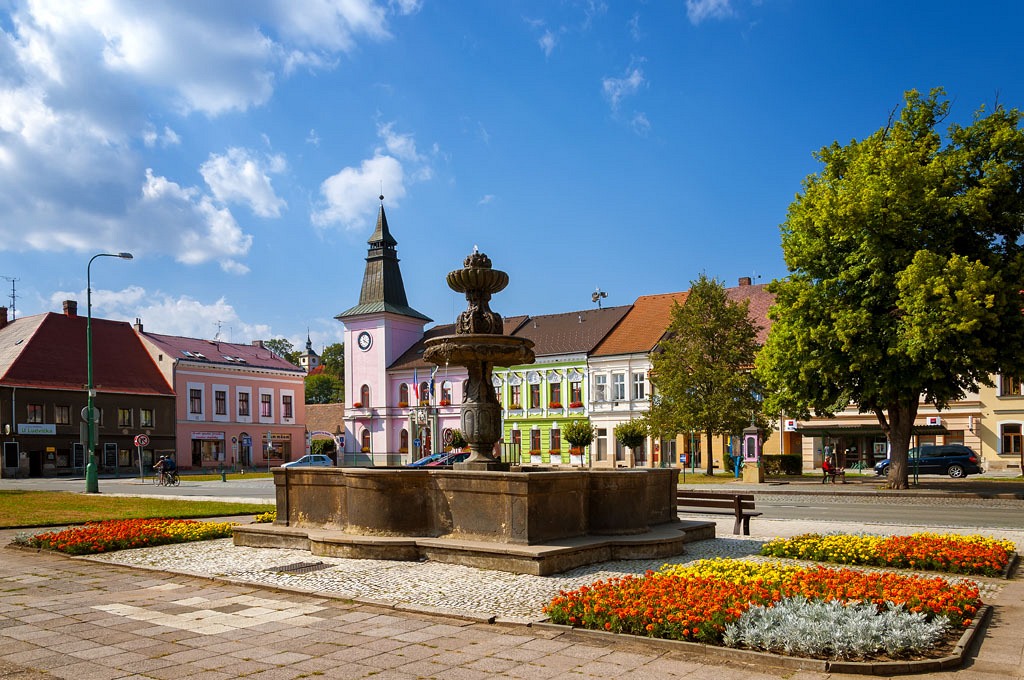 The first written record of Třebechovice dates back to 1358, the year when King Charles IV promoted to it town status. At the time of the Hussite wars, it became a centre for the Hussite movement, headed by a priest named Ambrose. During a service in 1419, its followers elected to change the name of a local hill from Vinice to Horeb (Czech: Oreb), inspired by a mountain referred to in the Bible. In 1636, the estate of Třebechovice passed to the Colloredo brothers by an edict of the emperor. In 1849, it ceased to be dependant on the authority of Opočno and became a free town.

Třebechovice is home to numerous historic buildings and sites. They include the hill of Oreb with its Church of the Lord’s Body, a place of heritage where the great people’s assembly held its famous meeting in 1419, as well as the Baroque Church of St. Andrew, the town hall, the Neo-Romanesque Evangelical Church, the Baroque Marian Column, the statue of the Holy Trinity and the early Baroque fountain of 1675. Its Museum of Nativity Scenes is the only one of its kind in the Czech Republic and features Probošt’s Nativity Scene, now a national cultural monument.

The square of Masarykovo náměstí

Masaryk Square in Třebechovice pod Orebem is where various points of interest can be found. Examples include the listed plaque column of the Virgin Mary, dating from 1709, the statue of the Holy Trinity of 1749 and a fountain with a jet of water originating from 1675; the latter was relocated from a site near Wenceslas Square in Prague.

This creation was declared a national cultural monument in 1999 and constitutes the best-known exhibit in the local Museum of Nativity Scenes. The work was started by the wood sculptor Josef Probošt in 1885. A local resident, he continued to add to it with the aid of Josef Kapucián and Josef Friml, until his death in 1926. The mechanical scene is made completely out of wood and consists of more than 350 hand-carved figures.

When out and about in the town, be sure to see the property next to the town hall. A commemorative plaque marks it out as the birthplace of Josef Probošt, the renowned sculptor of Třebechovice, who was born in 1849. It stands at number 9, Přemyslova ulice (street).