Consider this an open invitation to visit Třebechovice’s very special museum – the only one of its kind in the country. The greater part of its collection encompasses Christian Nativity scenes and cribs, while an alternative highlight is an artefact from the town - an illuminated songbook entitled the Gradual of Men of Letters from 1559. On display are more than five hundred scenes, cribs and cots made of various materials from across the nation. 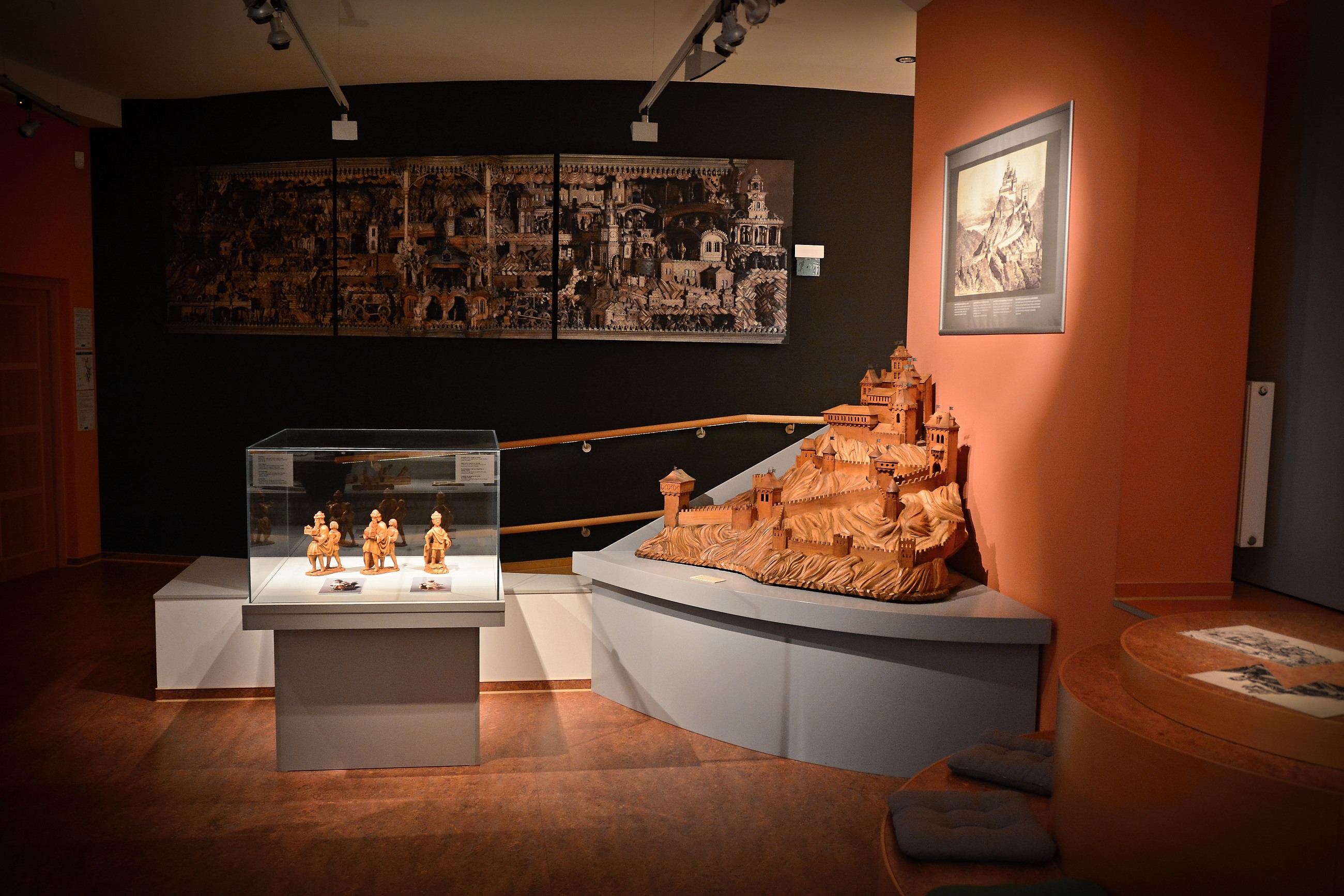 Of these, the most important is a one-off mechanical set created by Josef Probošt, Josef Kapucián and Josef Friml, sculptors of wood who worked in a traditional style. Referred to either as the Třebechovice or Probošt’s Nativity scene, the entire wooden set measures 6.89 m in length, 1.89 m in depth and 2.35 m in height, and contains some 2,000 intricately carved masterpieces. It was declared a national cultural monument in 1999.

Click here for more information and a time-lapse video of Probošt’s Nativity Scene.

The Museum was set up in 1925 through the enthusiasm and efforts of Vilém Koleš (1869-1944), a resident of Třebechovice who received items for the collection as gifts from his fellow citizens. He regularly issued information on the pieces on display and the history of the town in pamphlets on his birthplace entitled “Old Třebechovice”.

Over time, the establishment began to specialize in cribs, mainly thanks to a married couple, the Vaclíks, who primarily sought out folk-inspired Nativity scenes for the museum and documented traditions associated with their creation from across the country. The Museum of Nativity Scenes is a unique place nationally and within Europe.

The museum essentially manages two distinct collections. The first is highly diverse and regional in character, documenting the past and present of Třebechovice pod Orebem and its environs. It includes archaeological finds, ranging from the early and late Bronze Age to modern times, as well as an assortment of coins and money, military items, works of art, ethnographic exhibits with articles from guilds, handicrafts and tools. A stand-out piece is a songbook entitled the Gradual of Men of Letters from 1559. The other collection consists of cribs and Nativity scenes, totalling over five hundred items fashioned from a variety of materials from places both customary and more unusual. The mechanical Nativity Scene by Probošt is considered the most valuable of them all.

Learn more at the official website of the Museum.