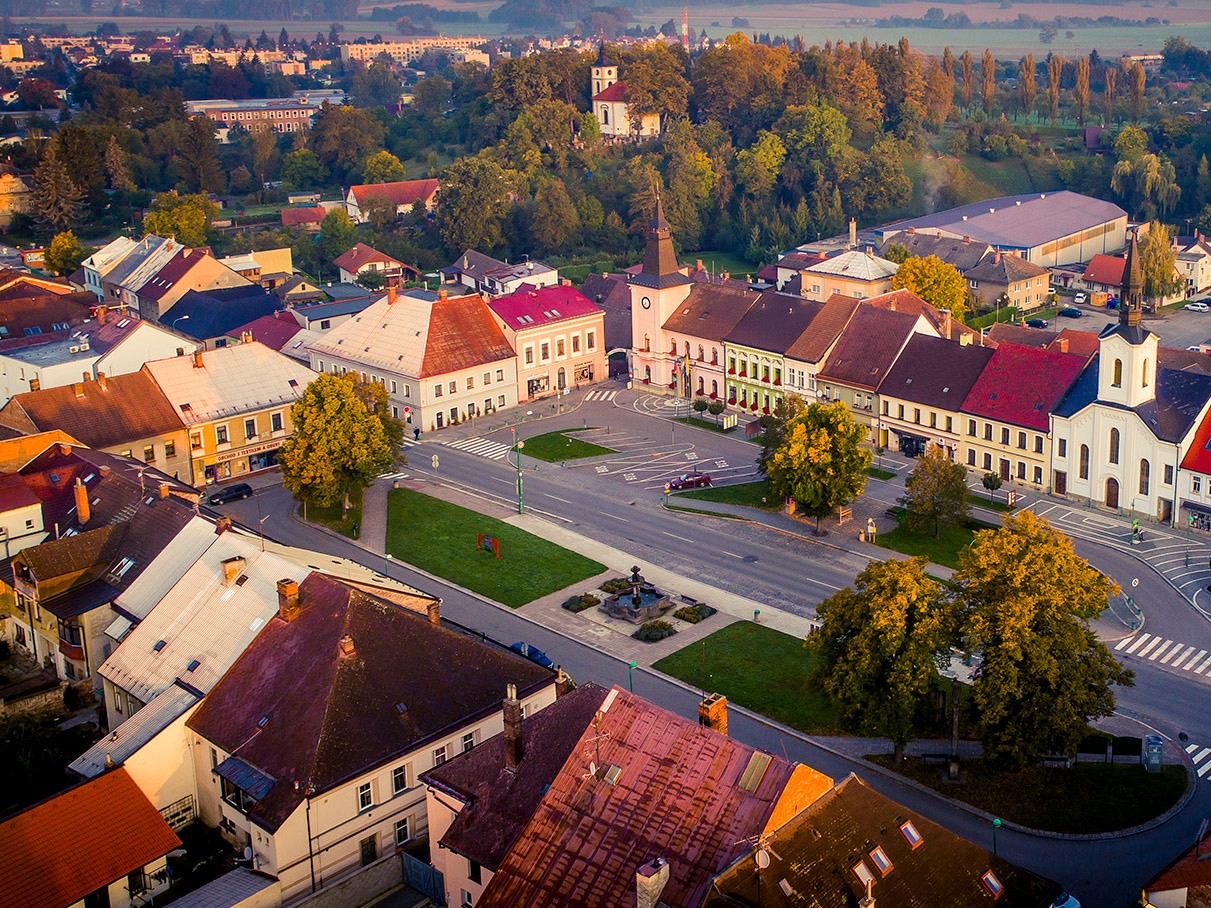 The first written record of Třebechovice dates back to 1358, the year when King Charles IV promoted to it town status. At the time of the Hussite wars, it became a centre for the Hussite movement, headed by a priest named Ambrose. During a service in 1419, its followers elected to change the name of a local hill from Vinice to Horeb (Czech: Oreb), inspired by a mountain referred to in the Bible. In 1636, the estate of Třebechovice passed to the Colloredo brothers by an edict of the emperor. In 1849, it ceased to be dependant on the authority of Opočno and became a free town.